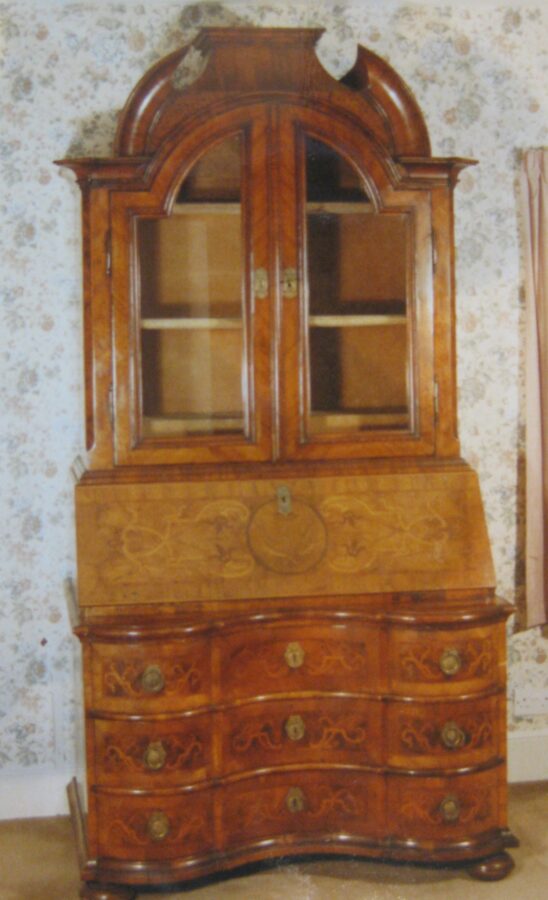 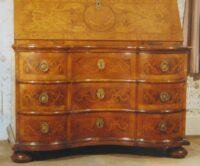 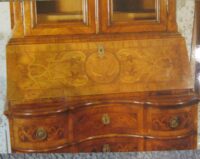 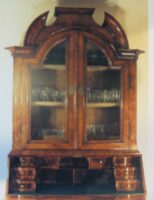 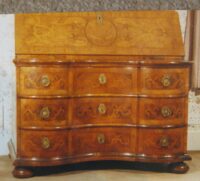 Provenance:  The bureau bookcase was a gift from Darmstadt furniture manufacturer Ernst Joseph Trier to his sister, Marie Sichel (who married into the Sichel wine making family, famed for Blue Nun), on condition that it would be returned to him or his descendants on her death.

In 1938 the furniture business was confiscated by the Third Reich and Ernst Trier arrested by the Gestapo. He died later that year. It is believed this piece was brought to Britain along with other possessions when Marie and her family fled Germany to avoid further Nazi repression. She died in London in 1967. The bureau bookcase returned to Ernst’s son after her passing.

There are no reviews yet, would you like to submit yours?